Laurence Singer brings an unusual range, depth, and diversity of experience, working to establish new business models suited for the 21st concept of doing well and doing good – at the same time. 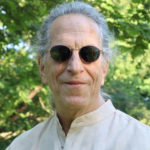 After studying Modern European Intellectual and Cultural History at the University of Wisconsin, Laurence graduated from Georgetown University Law Center in 1969.

Moving to New York City in 1994 Laurence founded a second record company, Global Beat – The Pulse of the Earth. Working out of the legendary recording studio Power Station and establishing the company’s US and international operations, with international distribution and a world-wide publishing deal with Warner Chappell Music. Global Beat released albums featuring African, Native American, Caribbean, Chinese and Indian artists, winning music video awards and receiving accolades from the press and critics.

Created, produced, and directed the annual Poetry Slam for Peace, in 2020 broadcast from the world-famous Nuyorican Poets Cafe on the Lower East Side of New York. (vimeo.com/464410257).

Laurence has been traveling to West Africa for more than 40 years, primarily Ghana, working closely with the local arts communities.

Currently producing Akwaaba, a romantic comedy of a woman’s self-discovery through an upbeat, humorous journey to present day Ghana — part of the new positive narratives to change perceptions of Africa through her creativity.

Co-produced the Radford Graduate Fashion Show, to celebrate the first class to graduate from a university in Ghana with a degree in Fashion Design. Major sponsors were Ecobank, Vodafone and Google. The Fashion Show was attended by more than 400 people, including the Minister of Education, members of the National Accreditation Board. Representation of clients in a variety of commercial and intellectual property actions in state courts and before United States District Courts and the United States Court of Appeals. Cases include sole counsel in litigation against Oracle Corporation for claims of misappropriation of trade secrets and breach of contract, against PolyGram Records for breach of contract and interference with contractual rights, and against the Department of Agriculture for race discrimination. Co-counsel in litigation against DreamWorks and Warner Entertainment for copyright infringement.

Laurence graduated from Georgetown University Law Center in 1969. He was involved in the restructuring of the telecommunications industry in the early 1970’s, authoring a seminal FCC decision on Federal/State jurisdiction and representing Western Union (then a telecommunications company) in yearlong negotiations headed by the FCC to bring AT&T in compliance with the United States District Court’s antitrust decision.

Co-Founded Fager & Singer, a boutique law firm in Washington D.C. Continuing his work in the telecommunications industry, Laurence was a consultant for the Department of Commerce and Department of State for telecommunications projects in Thailand and Mongolia. At Fager & Singer, Laurence’s experience expanded to corporate, entertainment, arts, non-profit, media and technology law, and intellectual property, negotiating and drafting the full range of commercial agreements and working with clients in the development and implementation of operating, marketing, and branding strategies.

Represented the Consumer Federation of America at meetings with the Congressional Research Service relating to the deregulation of the telecommunications sector. Adviser to nonprofit organizations for the development and implementation of operating, marketing and branding strategies.

Assisted in the initiation of the annual Central Park Vigil for Peace and Ecology.

Assisted in the establishment of the NGO Committee on Spirituality, Values and Global Concerns.

Producer, Youth United Against Malaria Concert with major artists from around the world in the

Past Member, Planning Committee for the Annual DPI/NGO Conference. Let’s build the next big thing together.